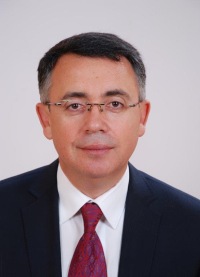 
Expert in Estate Valuation for The National Privatization Agency;

Taken course in “Pre-accession Instruments of EU” at the Public Administration and European Integration Institute;

Taken course in “Experience in Writing and Implementation of PHARE-CBC Projects” (June, 2002) ;

Four-Level Course in “School of Politics” ;

Completed four levels of English studies in a British Institute;

1993 - 1998 - Chairman of the Union of the Academic and Youth Associations /UAYA/ - MRF, Member of the Central Council of MRF

2000 - Deputy Chairman of the Youth MRF, Member of the Central Council of MRF;

2003 - Deputy Chairman of the Board of the Directors of the National Association of Municipalities in Republic of Bulgaria;

2003 – 2006 - Deputy Chairman of the Association of the Rhodope Municipalities

2004 - Delegate of the National Association of Municipalities in Republic of Bulgaria at the Committe of the Regions of the European Union;

2007 - current - Member of the Committee of the Regions, Brussels;

Marital status:
Married, with 2 children.
Born on 16 April 1969 in Kardzhali.